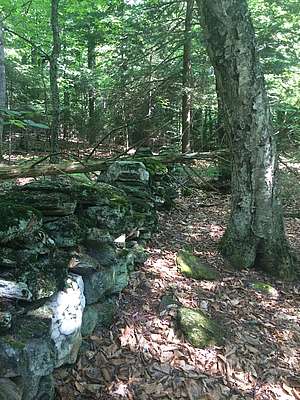 A rock wall along the boundary line 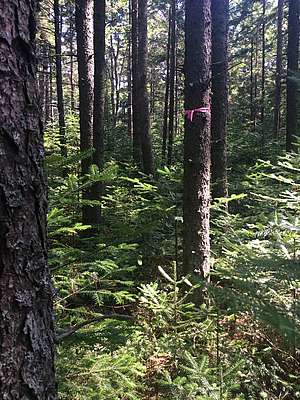 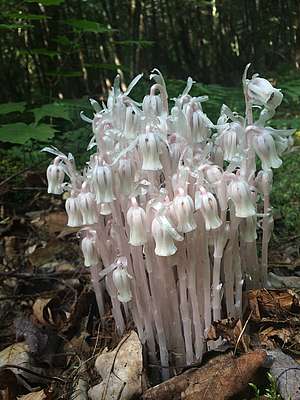 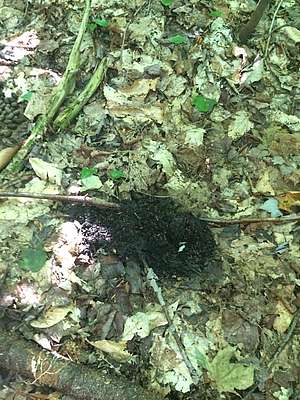 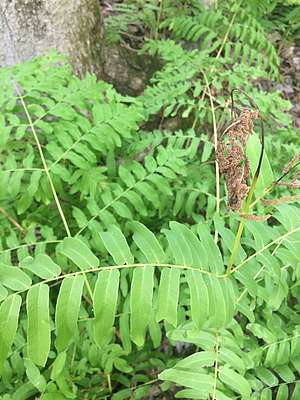 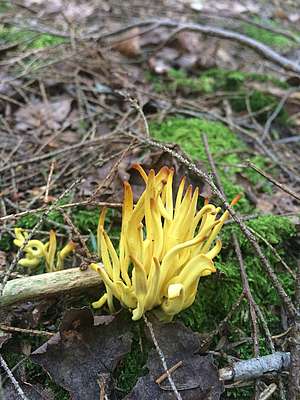 To all the spiders at Wiessner Woods: I’m sorry I ruined your day.

I came back to the office drenched in sweat with mud up to my calves, stinging scrapes on my shins, hemlock needles embedded in my hair, and spider webs plastered to my neck and shirt. I even found a transplant crawling on me as I began to write this. Today I monitored the boundary at Wiessner Woods, a Stowe Land Trust fee-owned property and popular destination for dog walking and cross-country skiing depending on the season.

Armed with a surveyors map full of vague symbols and notes from years past, a compass, conserved boundary signs, and bright pink flagging, I set out into the woods and off the trail. My goal was to walk the boundary of the 79-acre parcel, reflagging where the line isn’t clear and posting ‘Conserved Land Boundary’ signs at junctions and potential encroachments. I was also on the lookout for illicit trails, dumping, logging, or boundary infringement. We monitor each of our fee-owned and easement lands at least once a year, usually walking portions of the boundaries. As the Stewardship and Outreach Assistant and SLT’s first AmeriCorps member, I am charged with monitoring our 5 fee-owned lands.

While it sounds pretty straightforward, I spend a lot of time walking in circles. Property corners are usually marked with foot high iron rods (called ‘pins’) that may or may not be flagged (or may be missing). The line between corners is either flagged in a bright color or blazed on tree trunks (a surveyor cuts a gash with a hatchet, leaving a telltale mark, and paints the scar red). Unfortunately, flagging falls off trees and buries itself under the leaf litter within a few years. Red paint has an annoying tendency to wear or peel off the bark as a tree ages. In many cases, there is little evidence of a boundary line at all.

Boundaries also rarely follow a natural path. You might need to move diagonally up and down cliffy hills, cross swampy stretches that suck in your boots like a hungry toddler, or scramble over fallen pine trees with rigid whorls poking at you from every direction. Shoulder height blackberry brambles and ostrich ferns often stand stubbornly between me and the next blaze. I have strayed from the line to follow a much more appealing way through the forest only to lose the line, backtrack, and reorient myself by taking a bearing and making my way to a landmark that falls precisely on the boundary.

In spite of the hazards and uncertainties, boundary marking is one of my favorite parts of my position here. Chasing disintegrating boundary lines is like a real life treasure hunt. The treasure, the satisfaction of a boundary well marked, is surprisingly sweet. You need to incorporate clues not only from the map and compass, but from small details in the world around you.

In many cases, intact parcels of land follow the same lines as they did 300 years ago, when the forest was clear-cut for farms. Merino wool sheep likely grazed long ago in the very same spot a local recreational hiker is currently cleaning up after her dog.  Centuries old rock walls did little to prevent vegetables and animals from escaping, but they did end up definitively dividing neighboring parcels of land. Fairly intact portions of these walls remain, allowing a clear path and a straight line to follow. Barbed wire is also an important, if less visible clue. Permanently swallowed by the tree long ago, it rises from the leaf litter a few feet up into the bark of large maples and birches and falls back into decade’s worth of accumulated soil. Rows of old trees (mainly white pines and maples), planted as an informal boundary years ago, can be a hint as well.

If you manage to somehow navigate from pin to pin using the existing marking, barbed wire, rock walls, the bearing of your compass, and faded penciled remarks from surveyors past, you might find yourself in some pretty remarkable areas. Unlike the well-trodden and flat marked paths that wind throughout the woods, the boundary rarely gets walked more than once every few years-by humans, that is.

Animal paths often intersect with or directly follow the boundary line. I have tracked mink along the banks of creeks and seeps, their tiny toes pressing into the mud to deftly chase down their prey. Piles of pellets radiated out of a downed hollow tree, indicating the porcupine family nestled inside. A strong skunky odor and a wet stain where a faint path crossed the boundary announced the route of a red fox. A red squirrel chittered as he dropped a gnawed mushroom onto my shoulder, ushering me to move on and away from his territory. A pile of tarlike sludge pocked with berry pits and a deep scratch in a beech tree were left in the wake of a black bear.

To avoid tripping on rogue tree roots and loose rocks, I have to look down at the ground as much as up at the boundary flagging. I’ve found all kinds of feathers resting in singles, pairs, and the occasional entire wing on the forest floor. Large Russula mushrooms rise from their mycorrhizal ties to tree roots, pine needles and dead leaves sleepily tousled on their fresh fertile heads. A squad of pale pink-hued Indian Pipe thrust up in a sort of fairy ring around an aged hemlock. Spindle shaped yellow coral mushrooms mimic flames erupting from the mosaic of leaf litter, sticks, and moss. I spy some royal ferns along the line and resign myself to getting my feet wet once again.

Monitoring your own woodlot boundary will not only get you acquainted with the twists and weird angles of your land, but also with the residents of your natural community. If you don't have your own property to walk, volunteer as a land steward with Stowe Land Trust!  Getting outside and off the trail in a guided, responsible way will deepen your connection to land and place. Plus, hacking through a few spider webs never hurt anyone-except maybe the poor spider.