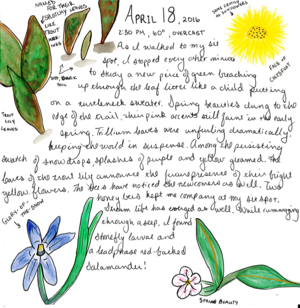 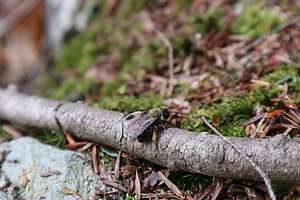 The honey bees are out and about, but maybe sleepy enough to let me take this photo. 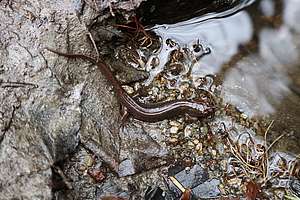 A 'lead phase' red-backed salamander under a rock in a seep. 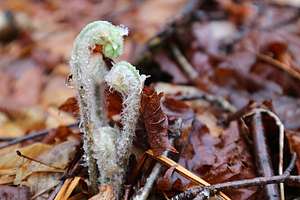 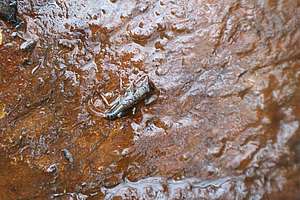 Stonefly nymph hanging on to a rock.

When I finally got out to the mill trail today, clouds had beaten back the sun to take over the sky. The wind had picked up a little too, making me grateful I brought a sweater. I walked down to the water, stopping every 5 feet to take a picture of a new piece of green breaching up through the leaf litter like a child putting on a turtleneck sweater. Spring beauties populated the edges of the trail, while trillium leaves began to dramatically unfurl on the slopes. Among the persisting snowdrops, splashes of purple and yellow poked up as glory-of-the-snow and coltsfoot began to open. Trout lily leaves have emerged, but the flowers have yet to even bud. At my sit spot, two honeybees mistook the little hemlock cone mandala I was crafting for an early spring flower.

Poking around in the nearby seep, I found a stonefly nymph clinging to the bottom of a rock. Stoneflies are extremely sensitive to pollutants in the water. They need cold, fast flowing, high oxygen water to survive. Their presence tells us that the quality of the seeps flowing into the West Branch of the Little River are very clean!