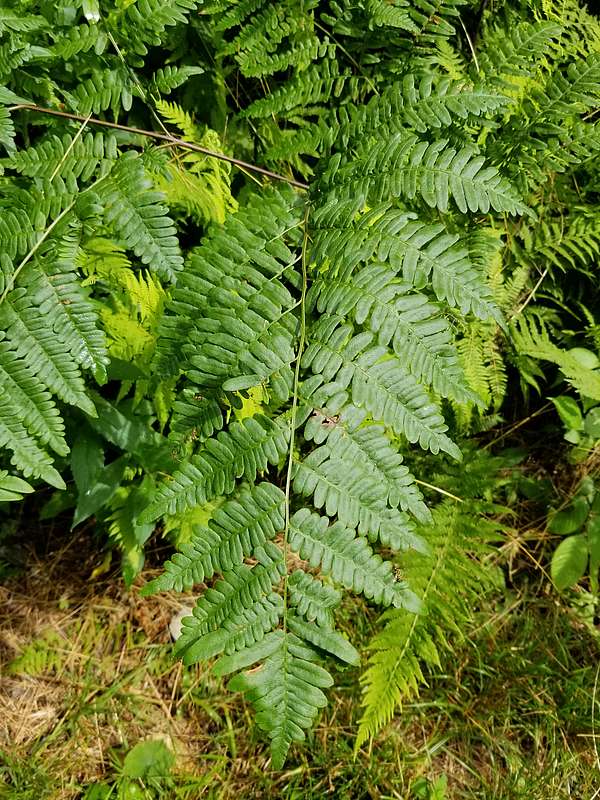 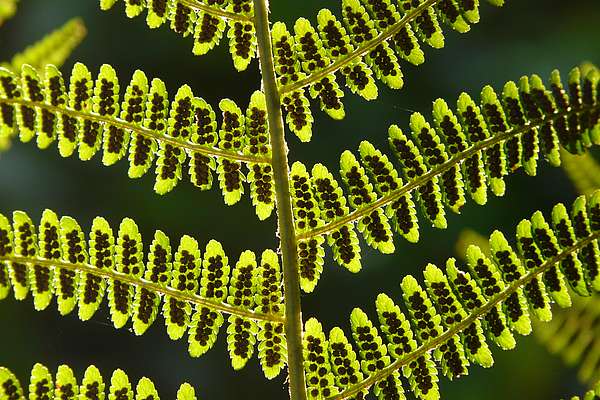 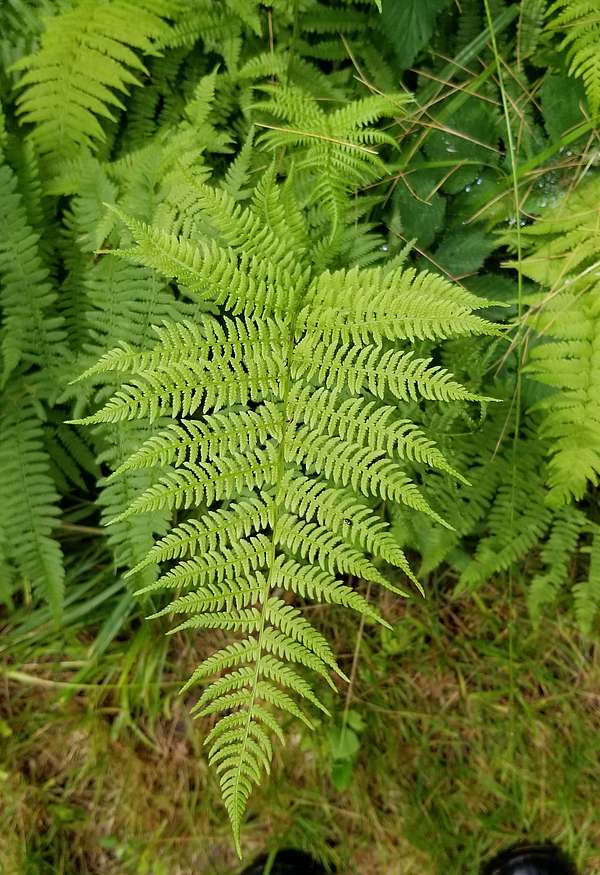 Greetings everyone! Hope you are all finding the time to enjoy the outdoors this week and enjoying the beautiful sights that summer has provided us. I was recently exploring around DuMont Meadow and Sunset Rock and saw a bunch of different ferns. I was curious to learn more about these non-flowering plants, so I decided to do a little research. I was surprised about what I learned.

First, ferns are closely related to other non-flowering plants such as clubmosses, true mosses, and horsetails. All together there are about 10,500 different species of ferns! Which can be broadly broken up into two major groups, Eusporangiate and leptosporangiate. The main difference between the two groups is defined by how they reproduce. Both groups utilize spores to reproduce, and they both utilize a vessel to hold the spores called a sporangium. The difference between Eusporangiate and Leptosporangiate is the latter forms spores from just a single initial cell. Whereas Eusporangiate ferns produce spores from multiple initial cells. Such a small characteristic can make all the difference.

Ferns first began forming around 425 million years ago during the Devonian Period. Ferns were one of the dominant plants on the planet until around 135 million years ago, when flowering plants (angiosperms) began to flourish in the tropics. Most of the ferns we see today developed within the last 70 million years, as their older ancestors went extinct for a variety of reasons. In Vermont alone we have over 50 different species of ferns. Most ferns in the Northern Hemisphere do not get as big as the varieties in the tropics. But Royal Fern and Ostrich Fern, two of our largest species of fern, can easily reach heights of 6 ft and get half as wide.

So, ferns are cool right? There is so much more to learn about them and if you are interested in finding out more about ferns and the different types of ferns in our area, check out these great resources: