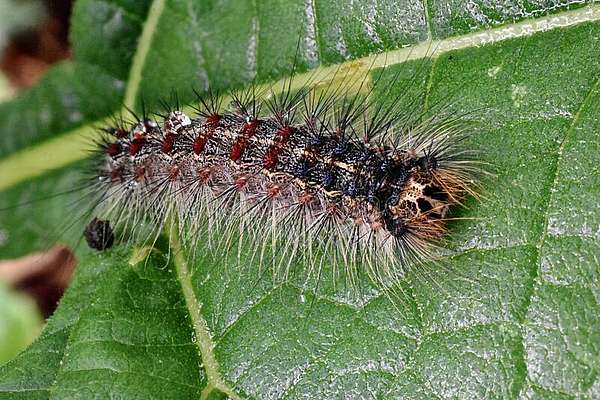 Gypsy Moth caterpillar on a leaf 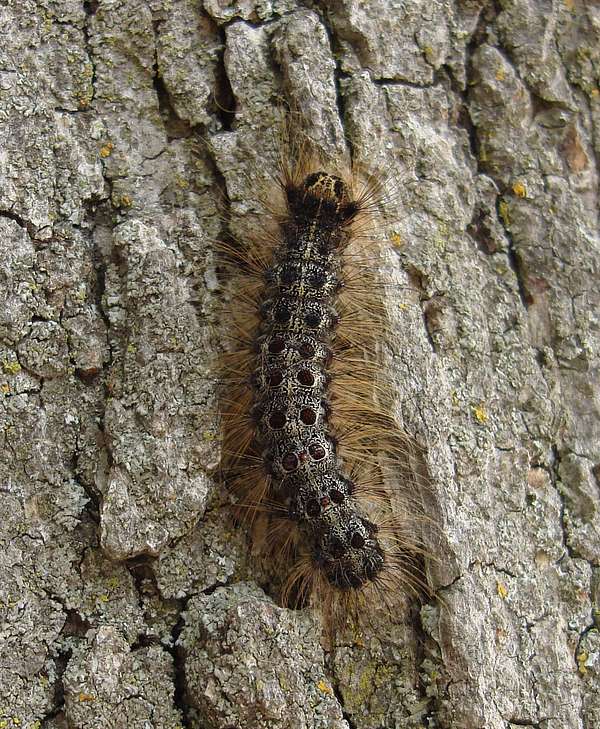 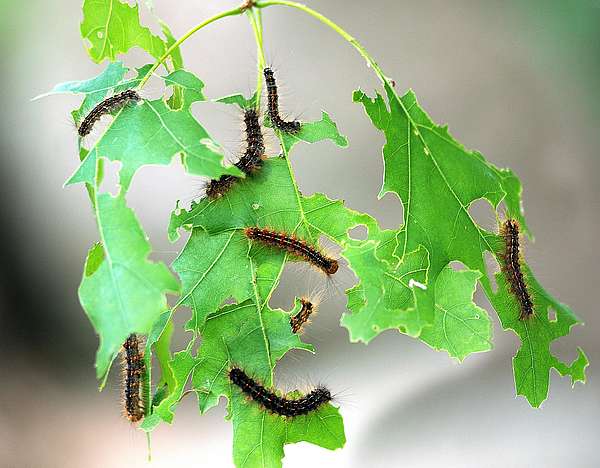 Have you been noticing these strange little caterpillars about? Many are familiar with this local pest, but for those who are seeing it for the first time. This is a gypsy moth caterpillar, an invasive species that arrived in the USA over 100 years ago. They can defoliate trees and shrubs which puts significant stress on the tree. While they typically prefer certain types of trees, when they are in large groups, they have been known to eat the leaves from oaks, birches, maples, and even some pines!

Vermont has not had a serious outbreak of gypsy moth caterpillars since 1991, mainly due to a fungus that became prevalent at the time that significantly reduced gypsy moth caterpillar populations. Due to our drier weather over the past couple of years that fungus has been unable to control gypsy moth populations leading to a slow and steady increase of their population. This trend has been observed over a few years and is expected to continue in the future.

There are several ways to deal with the threat of gypsy moth caterpillars and to reduce their numbers. If you have a few trees, caterpillars can be squished, or pruned out of the trees and submerged in soapy water. The egg masses can also be scraped and submerged or squished until you hear a “popping” sound. Also, installing a band of burlap around the trunk of the tree this year will encourage egg masses to be laid on the burlap this fall. After the eggs are laid, you can remove the burlap and destroy the egg masses. This can help reduce populations next year. Lastly, sticky bands can also be installed this year on the trunk and lower branches of trees. When caterpillars crawl up the trunk, they will get stuck and die. If you use this method, a piece of chicken wire or plastic covering should also be used to prevent wildlife such as birds or small mammals from getting stuck on the bands.

If you would like more information regarding Gypsy Moth Caterpillars and preventative measures, check out these helpful resources: