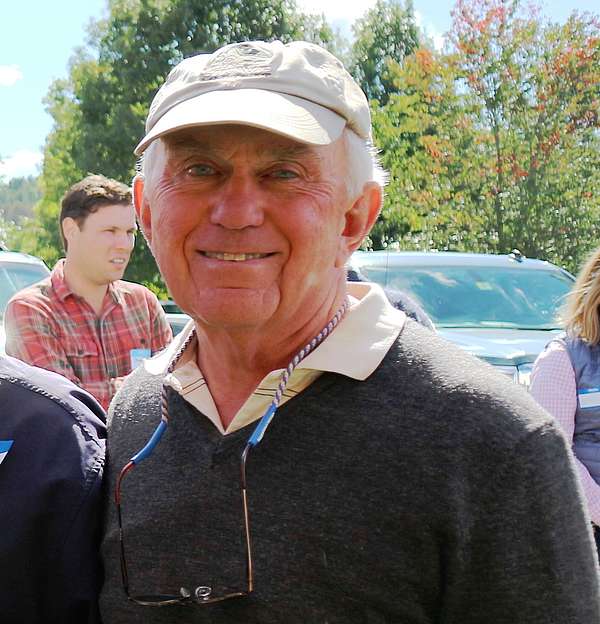 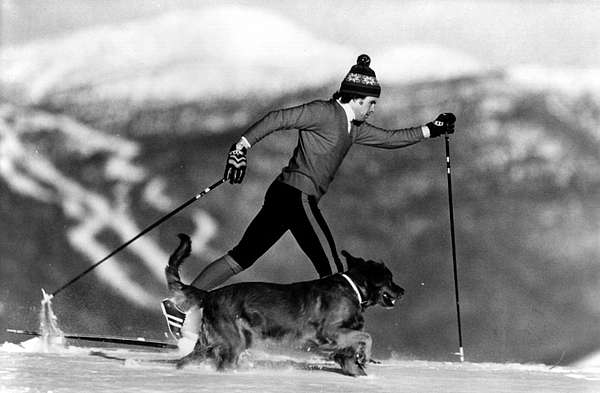 By the early 1980s, Stowe was an increasingly popular place to visit and traffic had become a major concern (Photo: VT State Archives). 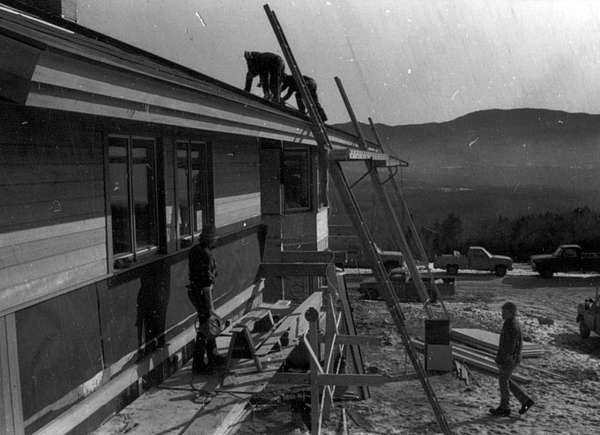 Local lawyer, John McVickar, helped to lead a group of concerned citizens in creating the Stowe Land Trust and saving the Mayo Farm in the late 1980s.

This spring in celebration of SLT’s 30th anniversary, we sat down with founding member and Emeritus Director, John Merrill, to ask about how the land trust got started. John began coming to Stowe to ski when he was a college student in the 1960s. After finishing business school and working in finance, and then real estate development, he moved to the area, eventually managing the Turtle Fur® Company started by his wife Millie. John was serving on Stowe’s Board of Adjustment (the predecessor to the Development Review Board) when the community first began thinking about starting a land trust…

A few years prior to when Stowe Land Trust began, in the early 1980s, there was a heightened concern in the town about a couple of things including traffic and new timeshare developments.

Traffic was a big issue back then. Barrows Road and the Mayo Farm Road didn’t yet exist as recognized bypasses, so almost all the Mountain Road traffic went through the Village, and there were more traffic issues than there are today. Around the same time, timeshare development was starting as a new phenomenon in Stowe with a few big projects in the works including at Mountainside Resort and Trapp Family Lodge. There was considerable concern about what the potential ramifications of this whole new form of development would be.

Out of those concerns came a decision by the Select Board to appoint an ad hoc committee called the “Stowe Futures Committee.”

There were several of us who were recruited to participate, and I ended up chair of the committee. We were given the assignment to take a broad look at these issues - among others - and how to address them. The committee interviewed people who included the founders of what was then the Ottauquechee Land Trust, which later morphed into the Vermont Land Trust.

The bottom line was that, in addition to some other recommendations, the committee recommended that the town form a Conservation Commission and encourage the development of a private land trust modeled after the Ottauquechee.

The feeling was that the two entities could act in concert to conserve land and resources important to the community. The Conservation Commission could be a public voice for conservation in the community, and the land trust could be the entity that could have the structure and flexibility needed to permanently protect land.

A Conservation Commission was formed, and not long after, there was a big push to develop the Mayo Farm. The proposed project included a golf course, condos, houses, and commercial uses. It was controversial to say the least and there and there was a lot of push back. We had some contentious Board of Adjustment meetings about it and there were lots of headlines in the Stowe Reporter.

With all this interest in saving the Mayo Farm, the early seeds of the land trust started to emerge.

When the Stowe Land Trust did get started, I don’t think there was a lot of thought about long range planning. It was just a group of guys led by John McVickar who wanted to get involved in the community and work on saving the Mayo Farm. Having gotten that first project under our belts, we stayed together and the organization matured as new opportunities presented themselves. Thirty years later, SLT has evolved to become the success that it is today, and throughout those years, I think Stowe has changed less than many other resort towns – in large part thanks to SLT’s efforts. We’ve done a pretty good job of maintaining a balance and keeping real community here. There’s been significant development, but not to the point where the character of the town has changed dramatically.

What will Stowe be like 30 years from now? Who knows! Thanks to SLT, we hope it’ll still be a wonderful place to live."