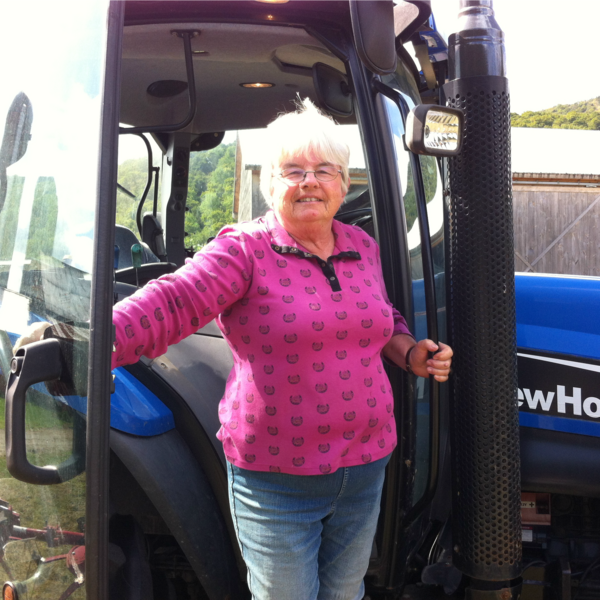 Christine Kaiser has left a legacy of environmental conservation with her farm as she retires. 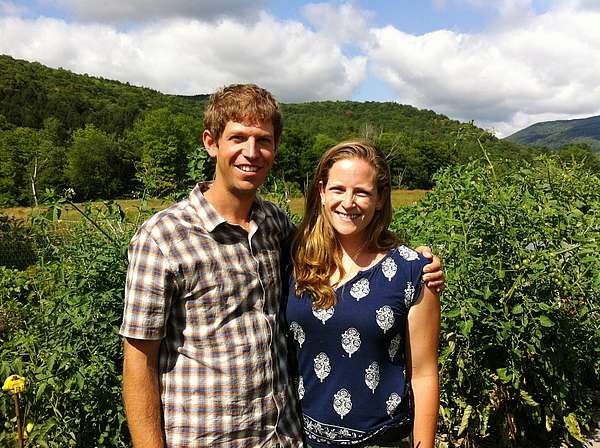 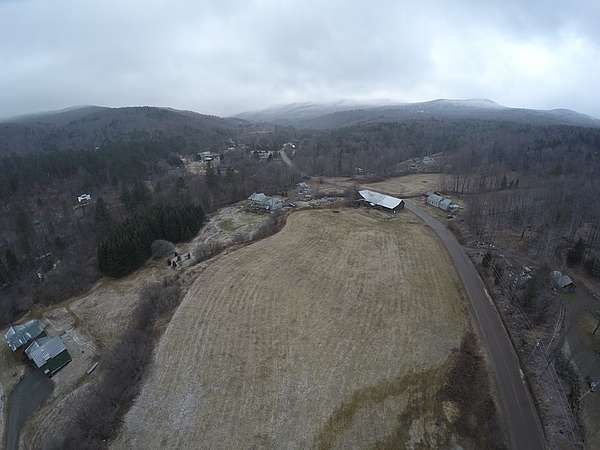 An aerial view of the Long Winter Farm. 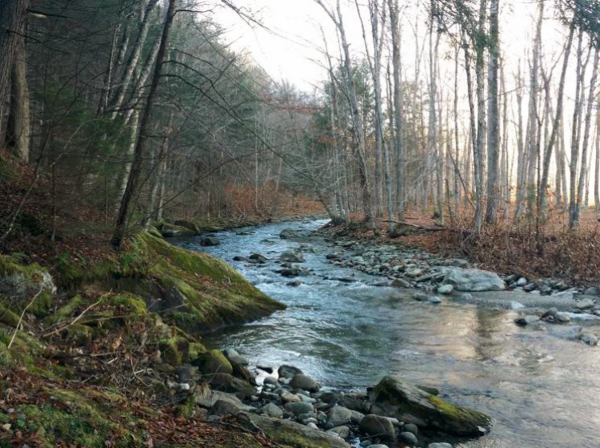 The Miller Brook running through the farm. 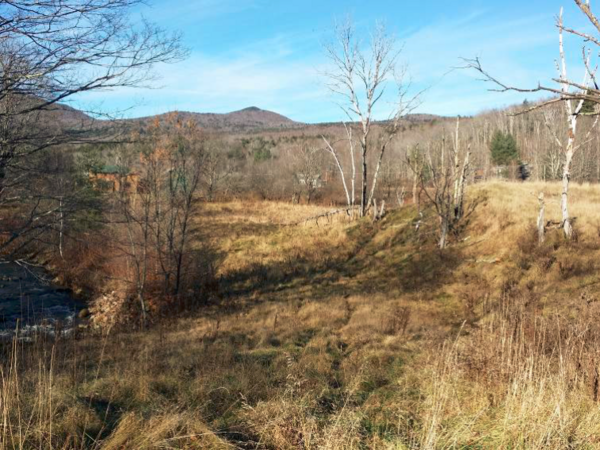 Forest regeneration doesn't happen overnight. This 50 ft buffer is beginning to grow back.

The Kaiser Farm Campaign was a huge success! Stowe Land Trust raised over $372,000 to conserve this 49-acre stretch of farmland, forestland, and riparian area, along with Vermont Land Trust.  The deal was closed on April 29th. Christine Kaiser is ready to retire as new owners, Andrew and Annie Paradee, start a new farm business on the land. The new operation, now called Long Winter Farm, will likely function mainly as a sheep dairy, but will also offer vegetables, pork, poultry, and eggs available for on-farm purchase by community members.  They plan to improve the woods for sugaring and sell maple sap to local syrup producers.

They also plan to continue Christine’s legacy of environmental conservation. With community members concerned about sediment and nutrient loads from local farms, roadways, and other development draining into Stowe’s waterways and Lake Champlain, a focus on river conservation was imperative for this project.  This farm conservation project is the first in Stowe to include affordable farmland access and comprehensive protections for soils, wildlife, and the river corridor. This property turns out to be especially important to protecting the Little River and consequently, Lake Champlain. A fragile inlet to the Little River, the Miller Brook, has 3200 feet of frontage on the Long Winter Farm and about 12 acres of river corridor. The new farm plan for the property maps out how this stream will be conserved forever.

Rivers and streams are the veins and arteries of the earth. Bursting with power, they efficiently transport water, nutrients, sediment, and organic matter to lakes and oceans just like blood to vital organs in the body. To fuel these waterways, rainfall and snowmelt from the mountains and valleys drains and is filtered through the surrounding lands into catchments. The Miller Brook on the Kaiser Farm drains into the Little River, which forges forward to the Winooski River and eventually into Lake Champlain.  Anything that may happen to the Miller Brook will one day make its way downstream to impact Vermont’s Great Lake.

Riverside property has long been sought after for businesses and homeowners alike. In the past, industry tended to capitalize on this readily available water source to power mills. Now, tourism and recreation is amplified by the scenic beauty of mountain rivers and farmers enjoy the fertility of the rich floodplain soil. As riverside investments increased, towns and landowners built barriers, berms, and armor that protect the surrounding development from flooding and erosion. Over time, however, this method has created more massive flooding and erosion events downstream.

Rivers are wiggly, meandering creatures at heart. Water moves at different speeds on either side of the river, and curves tend to become curvier as sediment is picked up on the inside curve and deposited on the outside curve. When left alone, the river will eventually form many ‘C’ shapes. The energy of the water can dissipate around this curve, and it can access the broader floodplain in a high water event. Once the curve gets too steep, it becomes easier for the water to run in a straight line again, cutting through the top and bottom of the curve.  This cycle keeps the balance between land and river in equilibrium.

When the natural curving of the river is restricted, though, the energy has nowhere to dissipate. The stream surges on, conserving its energy until it eventually causes destruction somewhere downstream. This also reduces the possibility of soil creation, as fast moving water carries sediment away and into large basins like Lake Champlain instead of settling out in fertile floodplains. Some towns in Vermont have recently decided to switch gears following several disastrous flood events. Towns like Stowe are investing less in pricey rip raps and armor and beginning to widen riparian corridors in some areas to slow the surge of water. Although in its infancy, this type of plan has the potential to reduce flooding, erosion, and threat to infrastructure downstream while saving time and money.

The conservation easement for the Long Winter Farm, secured by Stowe Land Trust and Vermont Land Trust, will ensure that at least 50 feet on either side of the water will remain forested and that river channel will be allowed to meander within its natural corridor without interference. Luckily, Christine’s participation in the USDA’s Conservation Reserve Enhancement Program has already allowed a forested river corridor to generate. The continued forestation of the river’s ‘meander belt’ will do far more than allow the stream to curve. Wildlife is drawn to native vegetation and the vertical diversity of a land gone wild. Roots will soak up water, nitrogen, and phosphorus, filtering the runoff water from the surrounding land and farm. The strong roots of trees and bushes will also reduce the risk of soil erosion in events of high water.

Continuing to protect watersheds, streams, and rivers will allow many rivers that are currently unstable to settle into equilibrium. The conservation of the Long Winter Farm is a significant step forward for Stowe towards working with-not armoring against- the river that runs through it.