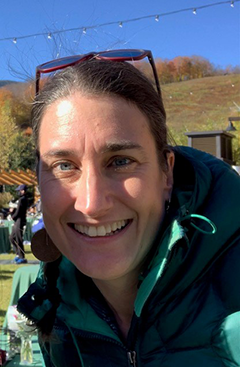 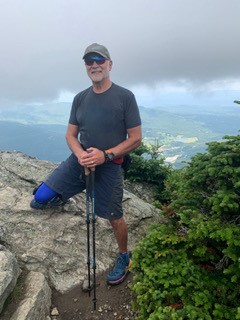 Two new board members were elected by Stowe Land Trust’s (SLT) membership at the 34th Annual Meeting Sunday, September 12th.  Amy Farley and Frank Foti join our existing board members responsible for governing the community conservation organization. Each year SLT has a limited number of openings available in its all volunteer board and new members are recruited based on an identified need within the organization.

Amy lives in Stowe with her husband Phil and son Jackson, who is in first grade at Stowe Elementary School. She first became involved with the Land Trust as the landowner of a piece of the Little  River Corridor Easement, and then more deeply as a volunteer during various aspects of the Kaiser Farm--now Long Winter Farm--conservation project. Amy's favorite place to be is outdoors, and her passion for the organization continues to deepen through her daily use of various SLT-conserved properties for skiing, hiking, and mountain biking. Professionally, Amy is a Senior Director at Community Wealth Partners where she leads strategic planning and capacity building projects for nonprofits and foundations. She is excited to join the Board and more deeply support its development and future evolution.

Frank, a twenty-year resident of Stowe, recently retired from his equally long tenure as the Director of Pharmacy at Central Vermont Medical Center in Montpelier. Frank is a past board member of Stowe Trails Partnership and was at the forefront of the FAT-biking phenomenon in Vermont. His core beliefs of duty, gratitude, and creating legacy provide him with an indomitable drive toward preserving Stowe's sanctity for generations to come. In addition to spending time with his beloved family, Frank's passion for mountain biking, trail running, and overlanding keep him happily occupied in his golden years.